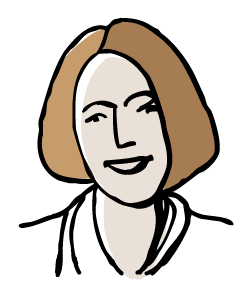 When we purchased our first home, I knew that we needed to start thinking about the yard. The entire space was messy and incredibly dated, so I started working harder to figure out what the problem was. I wanted to create a gorgeous space, so I turned to the professionals for help. After landscapers came to my rescue, it was incredible to see how much brighter and interesting my house was. This blog centers around creating a gorgeous landscape that you can love for years to come. Check out this blog for great tips on gardening each and every day.

Your sprinkler and irrigation system is more than just the spray emitters that deliver the water. The sprinkler controller is another important system that may require periodic repairs.

What is a sprinkler controller?

The sprinkler controller is the brains of your system. Without it, the series of emitters and sprinkler lines won't work. For most homes, the controller is installed on a wall in a garage or shed, although it may also be located inside the home, such as in a utility or mudroom.

The controller is where you program the system with specific zone watering information, sprinkler activation and deactivation times, and watering duration. It then controls the system so that it irrigates at the setting parameters you have inputted. Controllers typically consist of a single panel, but this panel is sometimes accessed directly or via secondary access points such as through phone and computer applications.

Are there signs of imminent failure?

Controllers unfortunately do not have an infinite lifespan. Eventually, it will begin to give out. You will usually spot signs of failure before the controller stops working completely, which will give you ample time to address the problem.

One of the first signs of imminent failure is that the programming doesn't "stick." The controller may forget watering zones or the programmed watering schedule may somehow delete itself. As problems progress, the controller may fail to start or even stop the sprinklers at the correct times, thus leading to under- or over-watered lawns. Sometimes failure is more severe. Components inside the controller simply fail and it shuts down completely. When this occurs you will not be able to activate the screen or access the controller through any outside applications.

How can the problem be solved?

In most cases, the only fix for a failed controller is to replace it entirely. Your irrigation repair specialist will disconnect the failed controller and install a new one. They can then help you set it up with your preferred irrigation schedule and zone settings. This is a good opportunity to upgrade to a nicer controller, such as one that integrates into a smart home system or has additional control sensors, such as soil moisture sensors.

Contact an irrigation repair service like A Ronnow Lawn Sprinkler, Inc. if you suspect issues with your controller.